3.1. Where are DLOAD & VDLOAD applications?

4.1. Several applications of the UHYPER subroutine.

When you want to run a problem in ABAQUS, for example, composite stress analysis, or a fracture simulation, you commonly use the software’s graphical interface. You go through different modules to solve the problem. However, sometimes there would be a problem that the usual procedure cannot solve. It might be because of a specific equation or the problem complication. Or, you may need to solve a user-defined problem in which particular functions are applied. Therefore, the software has left a coding platform open for us; the ABAQUS subroutine is the platform. 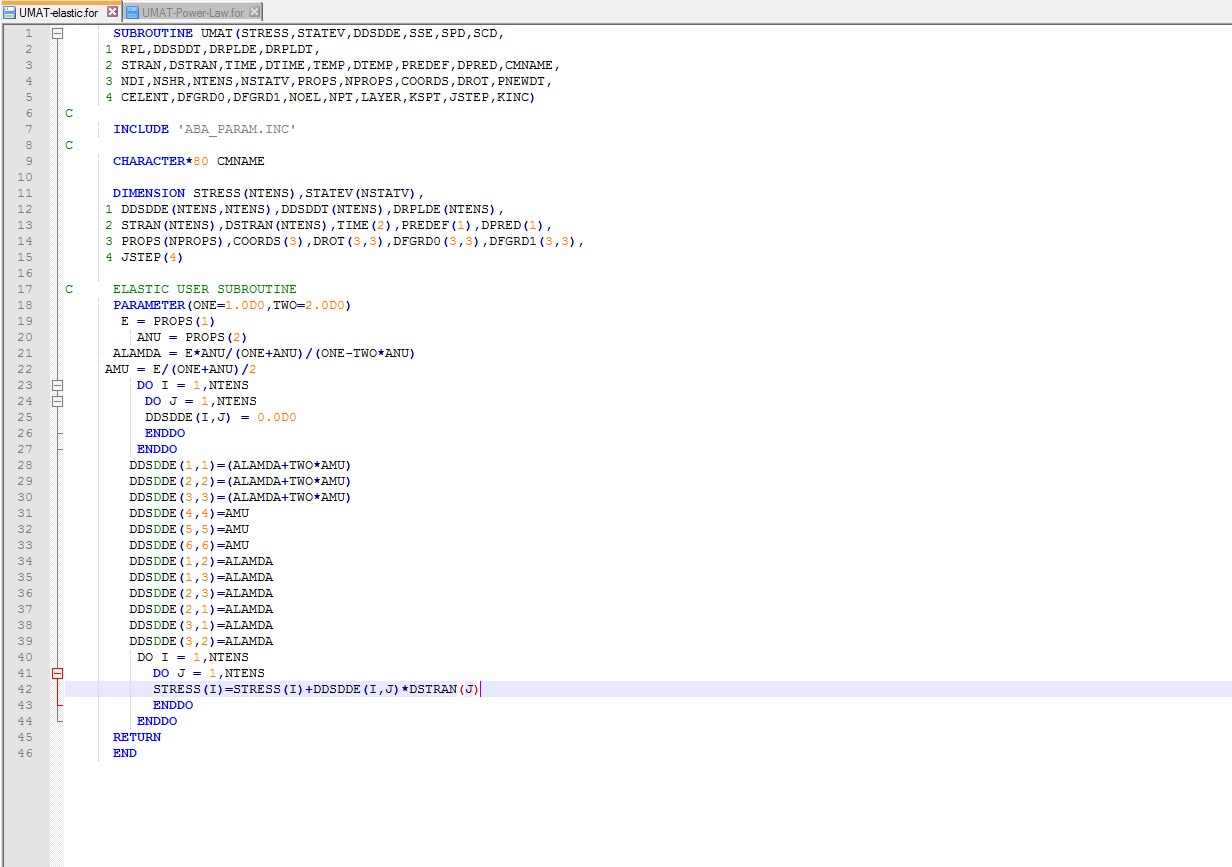 Figure 1: An example of a subroutine coding

Note that both ABAQUS solvers, standard and explicit, are in FORTRAN. To connect with any of the solvers and define functions, you have to use FORTRAN.

The subroutines are applicable in many industries and topics such as aerospace, military, composite structures, materials science, fracture mechanics, etc.

In this article, we will introduce the ten important subroutines:

After introducing each ABAQUS subroutine, we present several articles as examples for each subroutine to be familiar with their applications in the industries and science fields. These articles are chosen based on five reasons:

2.    They have a significant number of citations.

3.    Most applicable in industries.

·       call at all material calculation points of elements for which the material definition includes a user-defined material behavior;

Ministry of Higher Education Malaysia funded an article in 2020 to research thermal stress prediction of carbon/Kevlar hybrid composite in laser cutting. The researchers modeled the problem in ABAQUS software and used the VUMAT subroutine. The subroutine is used to control material removal during the laser cutting procedure.

Composite structures have broad applications in many industries, such as aviation and the military.

Postdoctoral Science Foundation of Jiangsu Province developed an article in 2017 explaining how to model a 3D braided composite by using the ABAQUS subroutine to predict the composite stiffness and strength. The VUMAT subroutine did the damage simulation and composite modeling.

Nowadays, the energy demand is growing, and considering global warming, recyclable energy is getting more interesting every day in the whole world, such as renewable marine energy.

In 2020, the Laboratory for Renewable Energy and Dynamic Systems of Morocco published research about environmental exposure effects on the composite tidal current turbine mechanical properties. The investigators used the ABAQUS subroutine to simulate and observe the behavior of the composite under static and dynamic loading. The VUMAT subroutine modeled the damage based on Hashin criteria for intralaminar damage. 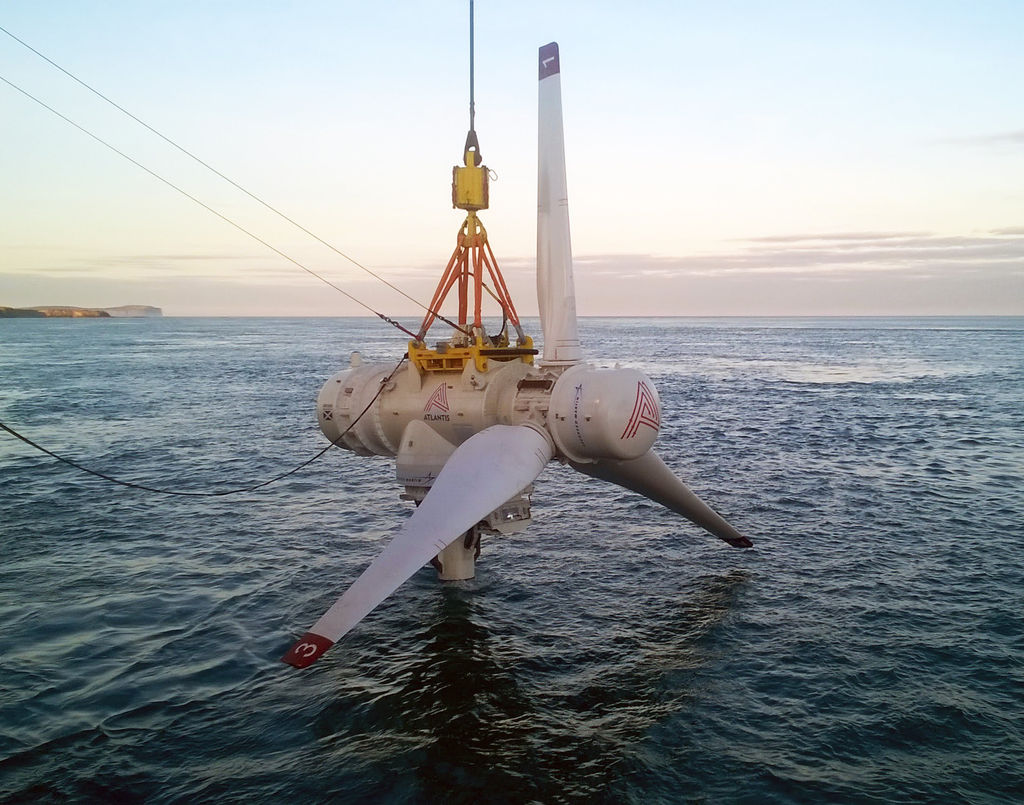 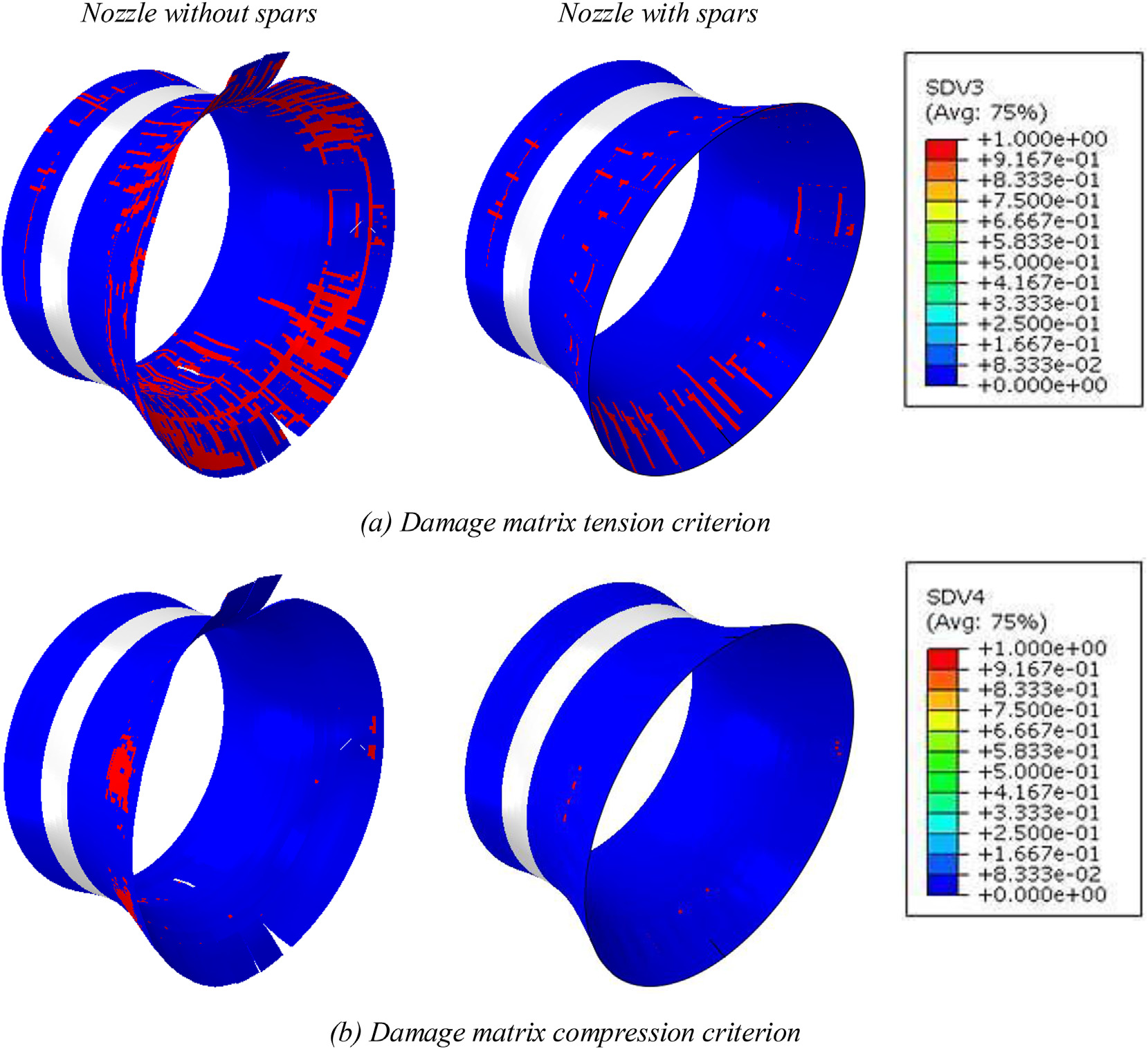 Figure 5 Nozzle damage zones with and without spars [Ref]

As you may know, FGM materials have been one of the most important and applicable materials in the past few years. It is used in many industries such as aerospace, nuclear energy, optics, biology, etc.

In 2019, Tunisia’s Engineering Production Mechanics and Materials Unit did a geometrically nonlinear analysis of the FGM elastoplastic behavior. The investigators modeled the FGM with the ABAQUS subroutine. The UMAT subroutine defined the FGM material properties. 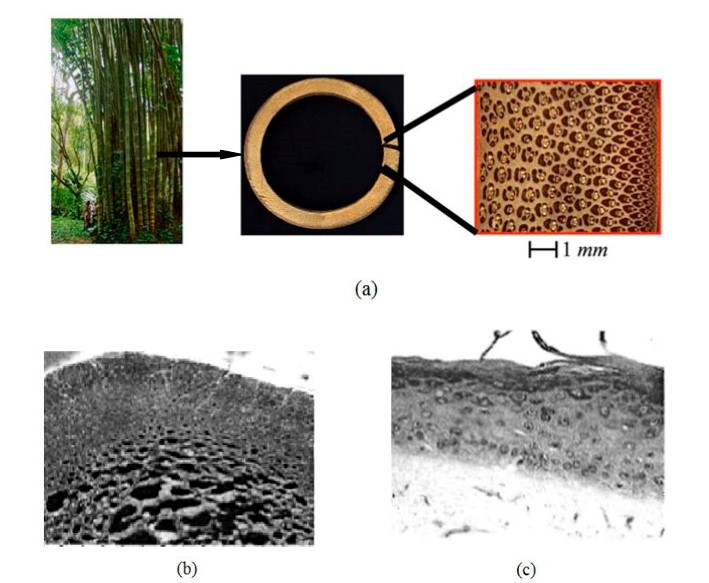 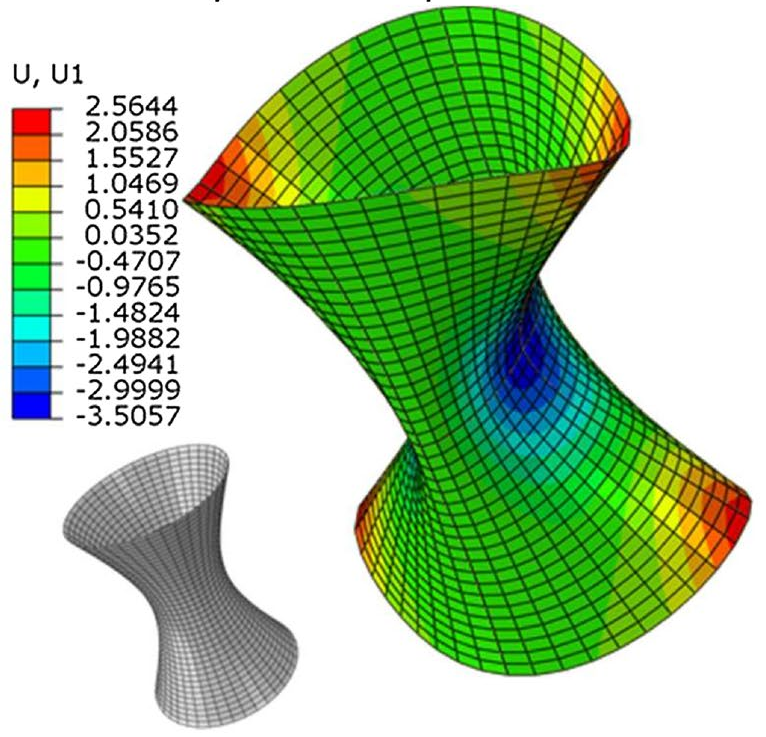 In 2019, Alexandria university of Egypt disseminated an article about 3D printing. This article talks about the effects of laser scanning speed on part distortion. The finite element modeling of this part is implemented with the help of the USDFLD subroutine. The subroutine was implemented to simulate phase change from powder to solid-state.

Xi’an Aircraft Industry of china worked on CFRP/Ti bolted joints in 2018, which are increasingly used in aircraft structures. An experimental and numerical investigation was made to find the effects of interference sizes and clearance on the failure and damage of CFRP/Ti bolted joints. The researchers used the ABAQUS USDFLD subroutine to simulate material stiffness degradation and failure analysis in the loading process.

In 2012, Spanish Comisión Interministerial de Ciencia y Tecnología funded an article about failure prediction of composite joints. The investigators modeled progressive damage with the help of the ABAQUS/standard USDFLD subroutine to predict the influence of tightening torque and secondary bending on the composite joints. The material properties became a direct function of predefined field variables through the USDFLD subroutine. 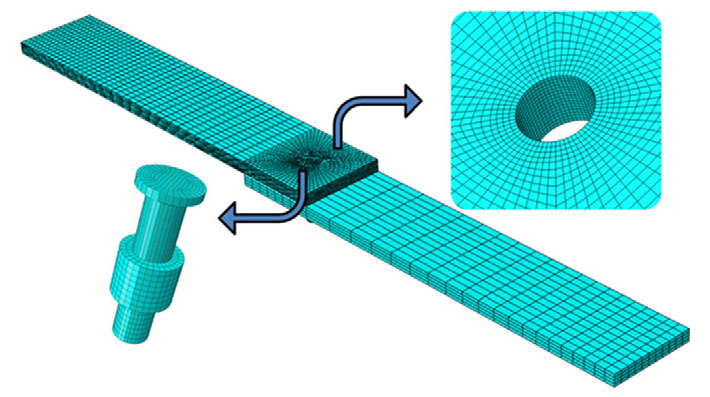 High-speed machining is one of the most critical and helpful chipping processes in manufacturing industries.

The national natural science foundation of china published an investigation in 2016. It worked on the evolution of micro-hardness and grain size during high-speed machining with the help of the ABAQUS subroutine. The VUSDFLD subroutine was developed based on Zener-Hollomon and Hall-Petch to simulate the grain size modifications and micro-hardness in a machined surface generation. Also, it was used to investigate chip formation under different cutting speeds.

The DLOAD and VDLOAD subroutines are used for user-defined distributed load. The former is for the standard solver and the latter for the explicit solver. They can define the distributed load magnitude variation as a function of time, load integration point number, position, element number, etc. 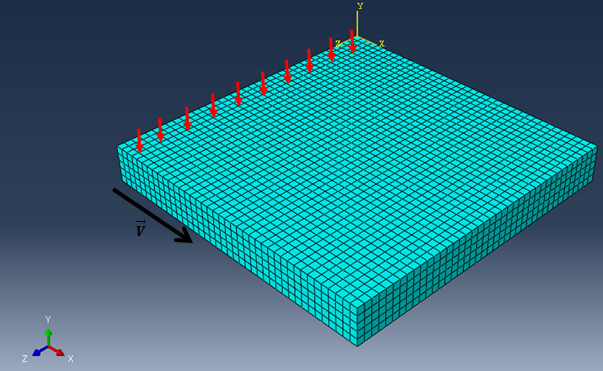 3.1. Where are DLOAD & VDLOAD applications?

In 2017, the USA Michigan State University developed research to detect a bottom-up crack in the asphalt concrete pavements. The researchers used the DLOAD subroutine to simulate a dynamic moving load on the pavement surface 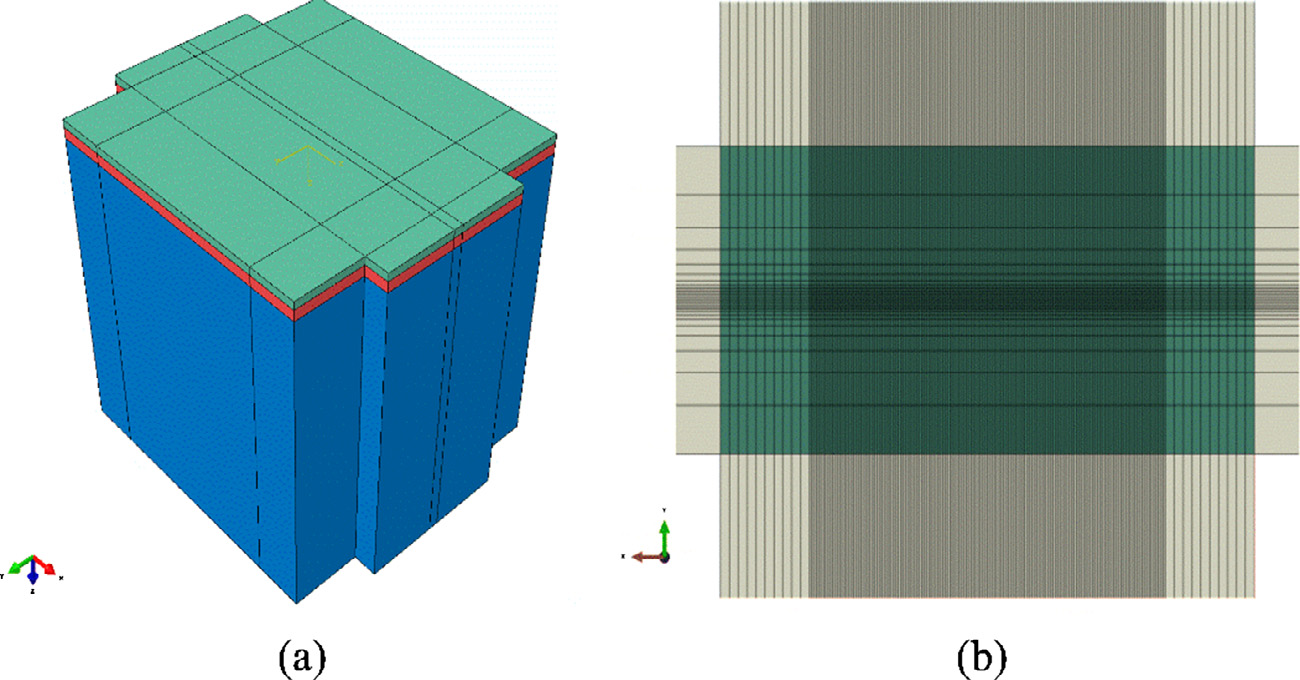 Figure 13 (a) The 3D model of the pavement structure, (b) meshed cross-section of the asphalt concrete layer [Ref]

Wind energy is one of the most important and promising renewable energy sources. Having wind energy requires wind turbines, so like other apparatuses, this one also needs maintenance.

In 2020, an investigation was published by Morocco Laboratory for Renewable Energy and Dynamic Systems. The research goal was to identify and predict critical zones sensitive to failure and damage with the help of the ABAQUS subroutine. The DLOAD subroutine modeled the pressure load varied with the position. 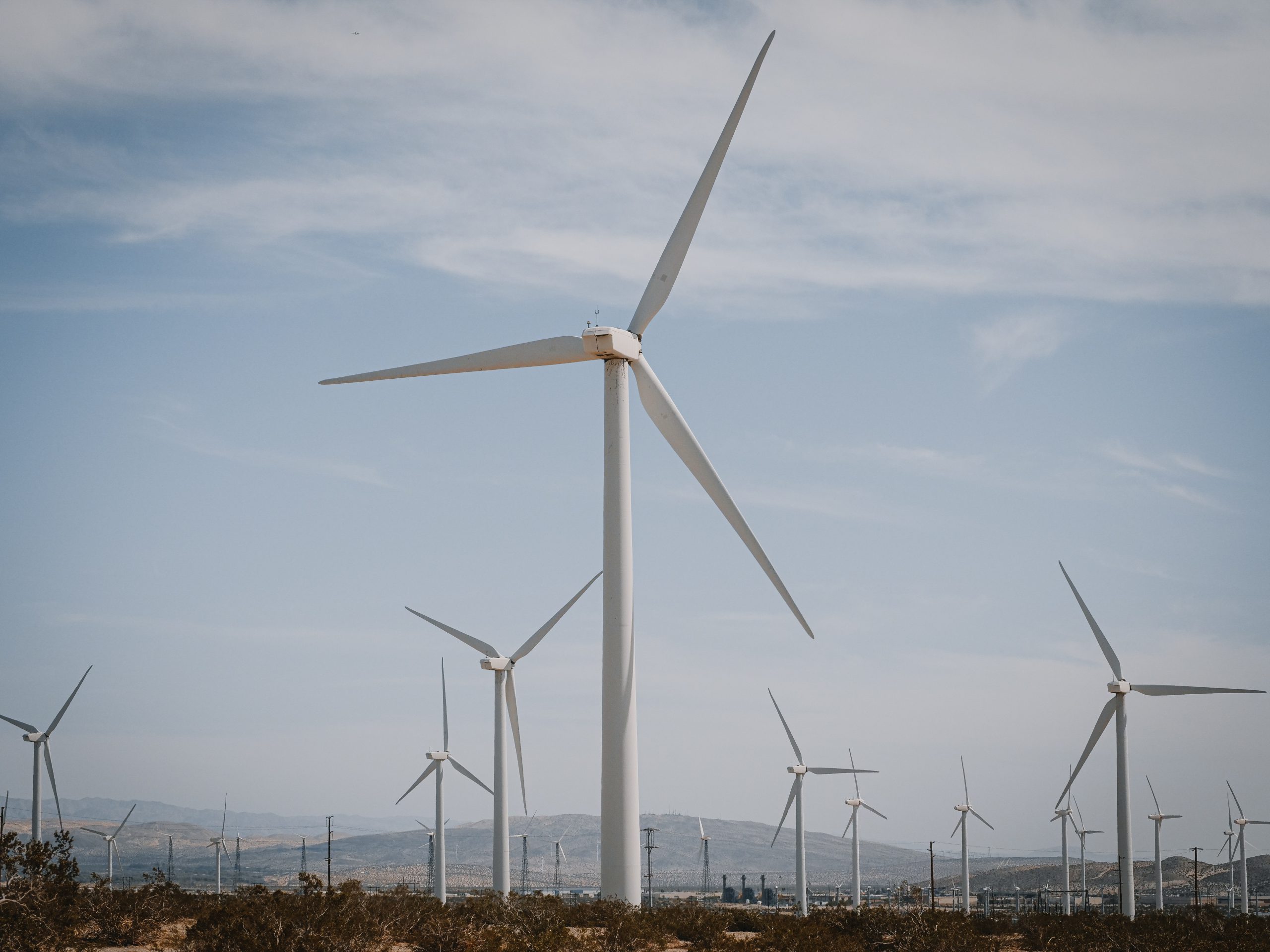 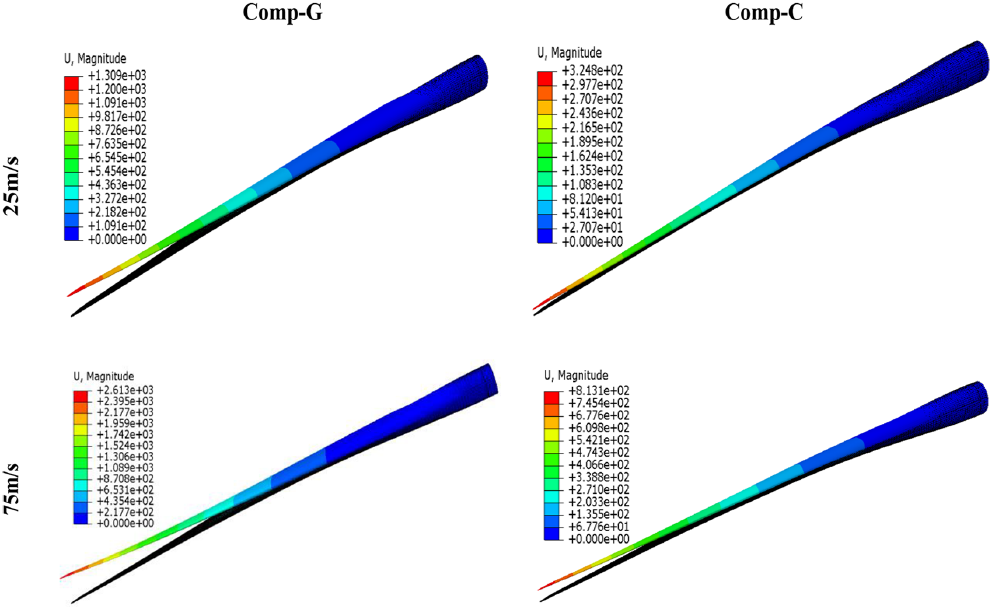 In 2019, Texas State University of USA worked on the repeated localized impulsive loading effects on the performance of multi-layered metallic plates by simulating the problem with the ABAQUS subroutine. The VDLOAD subroutine was used to simulate the structure dynamic plastic response and predict the failure modes and deformation profiles of monolithic and multi-layered configurations. 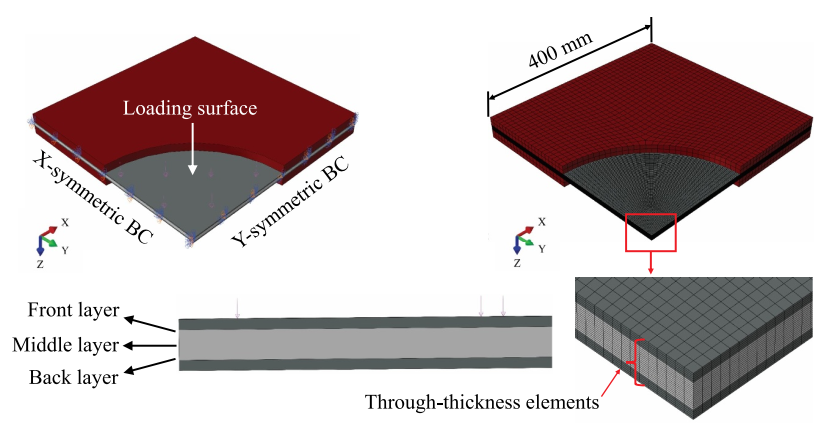 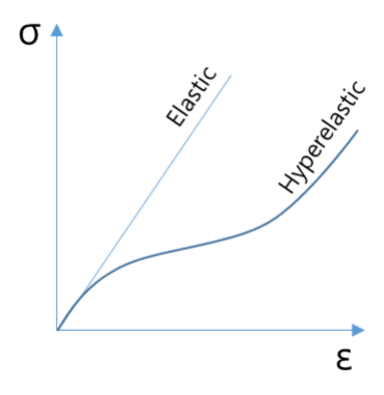 Figure 17 Definition of hyperelastic in a graph

4.1. Several applications of the UHYPER subroutine

In 2016, the A*STAR Institute of High-Performance Computing (IHPC) supported research that worked on the deformation characteristics of a temperature-sensitive hydrogel. The institute did an analysis with the ABAQUS subroutines UHYPER and UMAT to get some results. They used the UHYPER subroutine to determine the mechanical behavior of the temperature-sensitive gel. 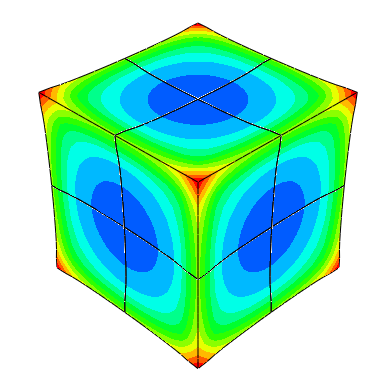 Circular cylinders have many applications almost in all industries, such as military, aerospace, construction, etc.

In 2019, the University of Texas at Arlington presented research. They developed a finite element analysis with the ABAQUS subroutines UHYPER and VUMAT to investigate the nonlinear incompressible isotropic elastic solid circular cylinder response under combined torsion and extension. The UHYPER subroutine defined the hyperelastic materials for the invariant-based exp-exp constitutive model in this research.

Salt concentration-sensitive hydrogel is a material that has novel applications in mechanical engineering, and it is widespread in nature.

In 2019, the International Center for Applied Mechanics of China developed a finite element model with the ABAQUS software and UHYPER subroutine to predict the Salt concentration-sensitive hydrogel deformation behavior. 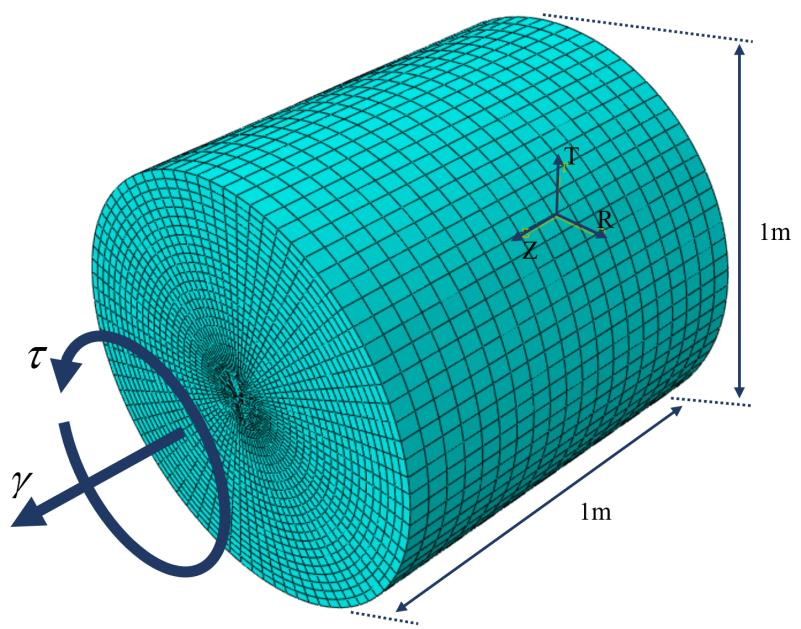 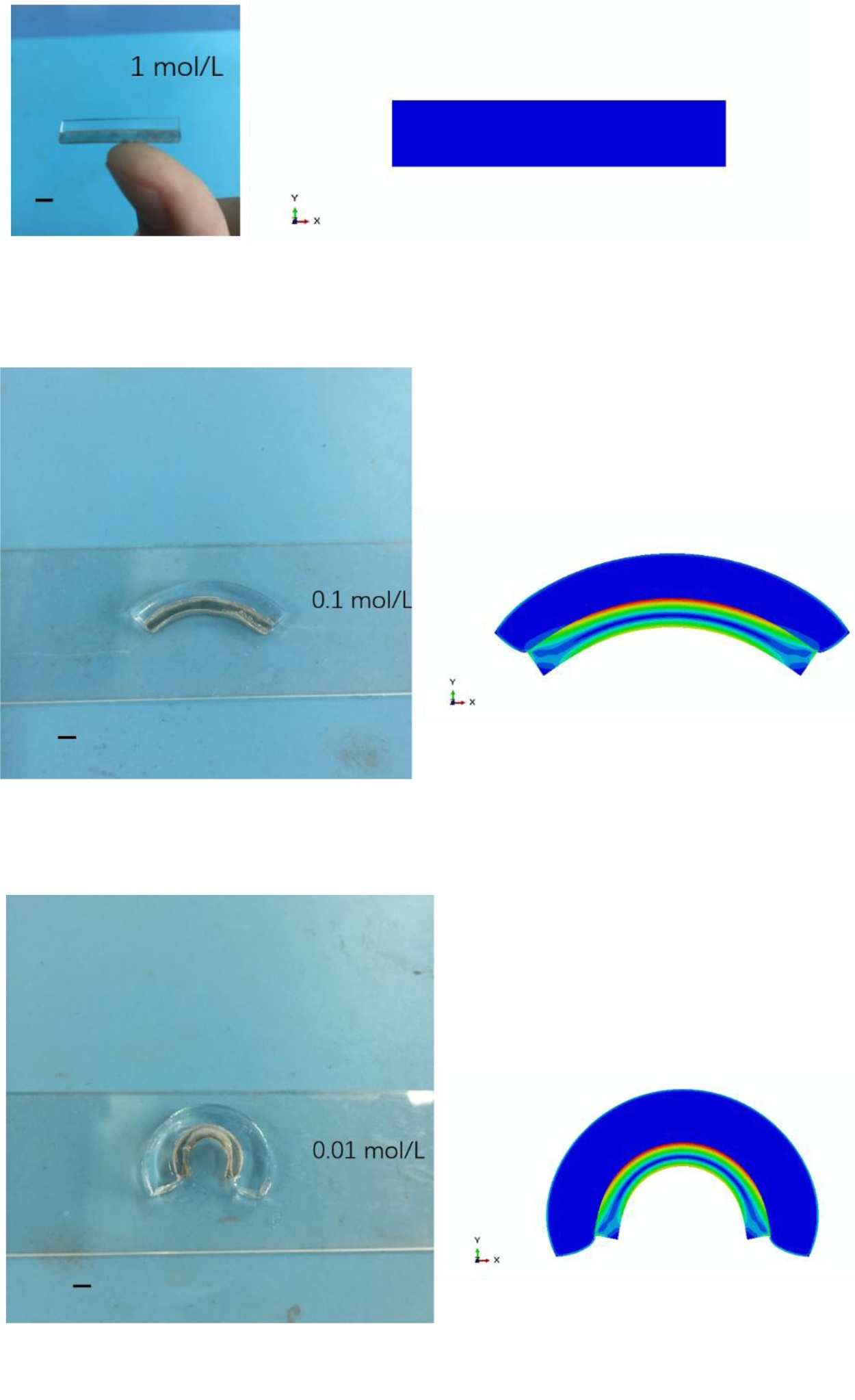 Figure 21 Deformation behavior of the salt, experiment, and the simulation  [Ref]

When you want to define various element shape functions, UEL would be your choice. UEL stands for user-defined element. The V version (VUEL) is for the explicit solver like the previous sections. Note that this subroutine is for advanced users only because even for the simplest examples, it requires considerable coding by the user.

When you use the UEL subroutine, it will be called for each element of a general user-defined element type. Each time element calculation are required appropriate to the current activity in the analysis.

Isogeometric analysis applications in the industry suffer from a lack of automatic or semi-automatic software platforms.

Department of Mechanical Engineering of the Carnegie Mellon University of USA developed research in 2017 to integrate ABAQUS with CAD to present a platform to overcome the mentioned issue. They worked on this issue with the advantages of the ABAQUS user-defined element (UEL) and other matters.

In the year 2018 Institute of General Mechanics, RWTH Aachen University of Germany, investigated on a brittle fracture model of heterogeneous solids and porous materials with the help of the ABAQUS UEL subroutine. The subroutine was developed to model the Phase-field modeling (PFM) and Theory of Porous Media (TPM) for brittle fracture simulation. 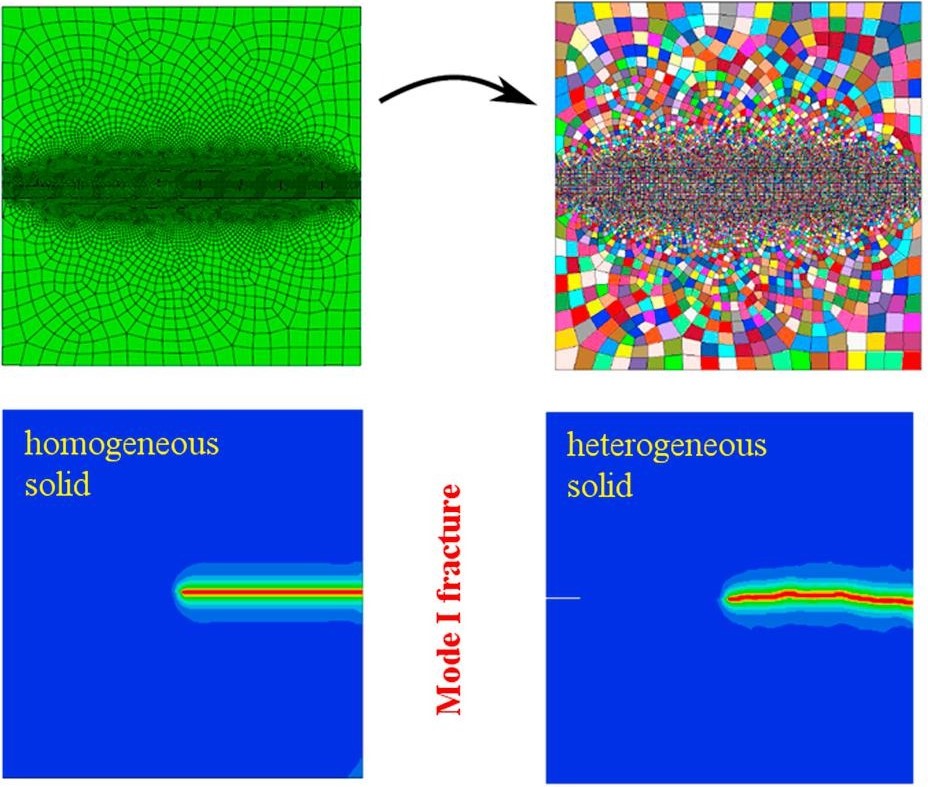 Division of Computational Mechanics of Ton Duc Thang University published an investigation in 2016 that can predict clay/epoxy nanocomposites’ tensile strength with the help of the ABAQUS subroutines UEL and UMAT. The UEL subroutine modeled a phase-field model for brittle fracture simulation. 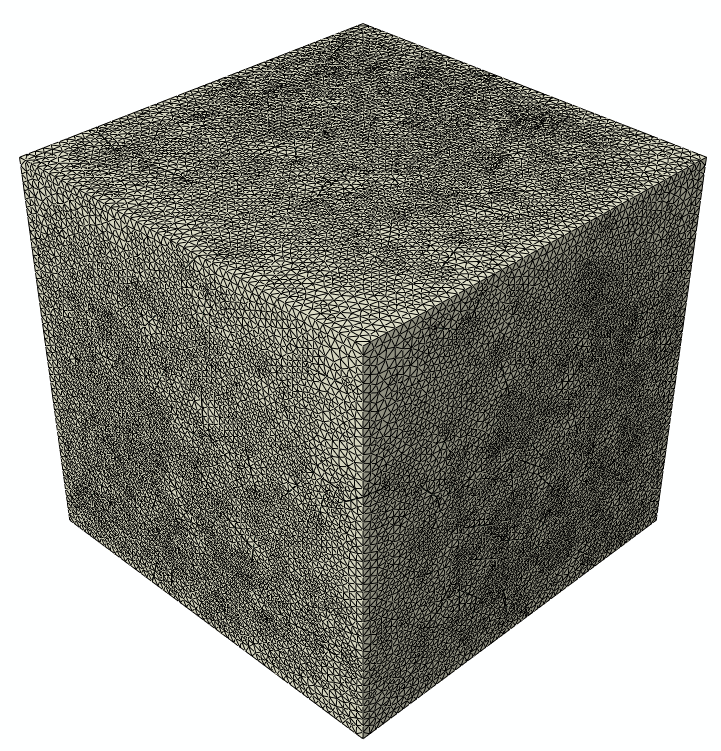 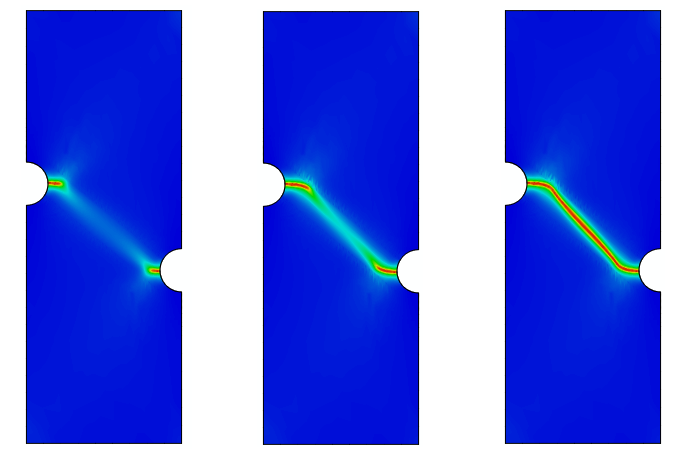