When can we use follower loads, and is there a specific modification to use it? 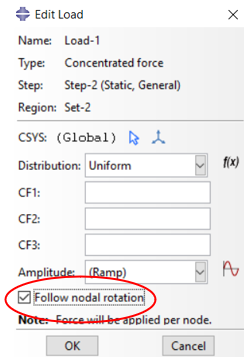 Note that the stiffness matrix will become unsymmetric when using follower load, so you have to use unsymmetric matrix storage. Either you can do it in the graphical interface or input file (see figures 2 and 3). 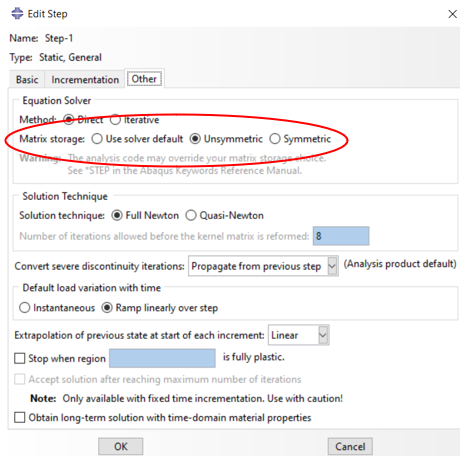 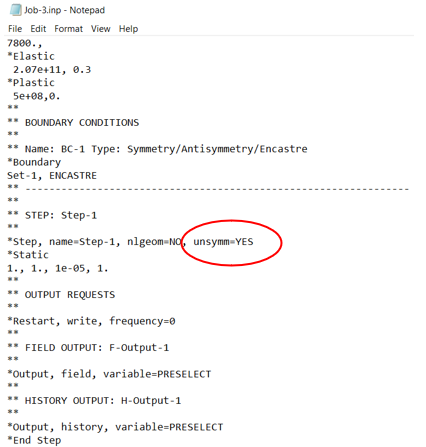