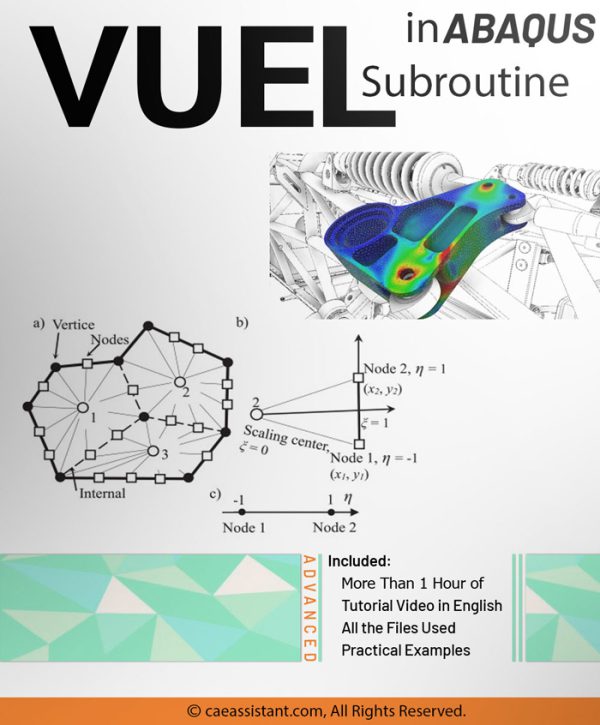 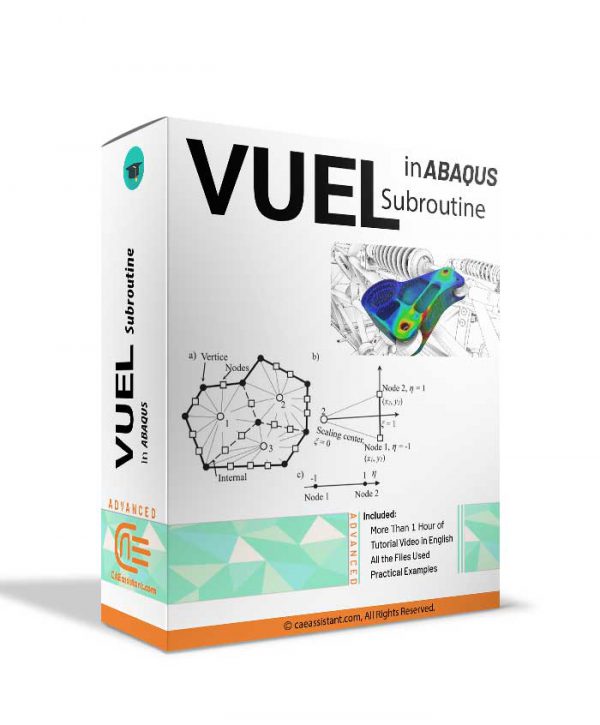 Introduction to VUEL Subroutine in ABAQUS

Rated 4.50 out of 5
€ 210
VUEL is the UEL subroutine for the Explicit solver. UEL is for the Standard solver, and VUEL is for the Explicit solver. Of course, there are some other differences between these two subroutines as well, such as in inputs, variables, etc. This tutorial package is used for writing the most sophisticated subroutines in ABAQUS, VUEL, which are applicable to customized problems. The stiffness matrix and nodal forces are the output of the subroutine, which can be defined based on several variables. This tutorial package contains two workshops: the first is divided into three sections, which model truss elements, and the second workshop explains how to use VUEL and VUMAT subroutines in one model.
Add to wishlist
Add to cart
Quick view
CAE Assistant All Rights Reserved