Abaqus for beginners (Structural engineers in the field of civil engineering)

In the present Abaqus training package, we have presented all software skills that a civil engineer needs when he wants to use his/her engineering knowledge in computer-aided designing.

Abaqus for beginners (Structural engineers in the field of civil engineering)

In general, civil engineers use finite element software to investigate a structure under different loads due to their high accuracy and high accordance with reality. Among the few civil engineering software that is based on FEM, Abaqus is the most well-known. In the present Abaqus training package, we have presented all software skills that a civil engineer needs when he wants to use his/her engineering knowledge in computer-aided designing. We have talked in detail about the various elements that in civil models should be used and the rules that govern it. In the next step, buckling is examined; buckling is likely to occur when the structure is pressed. Buckling is defined as a sudden lateral deformation in a structural member. In the following, we have presented reinforced structures, due to the severe damage of buildings and bridges in recent earthquakes in the world, it has made the need to strengthen weak structures against earthquakes. Therefore, their reinforcement is considered as the main way of the seismic reinforcement strategy. In this regard, reinforcing polymer fibers were introduced under the name of industrial (FRP) which are very resistant materials against corrosive environments and a very reliable alternative to reinforce concrete components in terms of double loads.

Finally, we investigated dynamic analysis. Dynamic solutions are used to analyze time-dependent cyclic loads providing implicit operators for integrating motion equations in Abaqus. In this regard, a braced frame is examined under cyclic loading including earthquakes.

This course examines a variety of elements, including truss and cohesive elements, as well as reaction forces, axial stresses in members, and familiarity with commonly used contact behaviors in structural engineering.

In this lesson, we have studied the buckling phenomenon and its equations. Also, the critical loads in buckling modes as well as the mode shapes and comparison with theoretical values have been discussed. And then the frame behavior after member buckling is investigated.

In this course, modeling and reviewing the necessary theories to define the nonlinear behavior of concrete as well as the material yield criterion have been presented. Since the mechanical properties of FRP are different in several directions, materials with plane stress behavior and with different properties in different directions have been studied.

This course examines the behavior of structures under cyclic loading, including earthquakes, with their theories. In this regard, an earthquake-damping frame, as well as regular and irregular hysterical loads, have been investigated, which has been used to change the plastic deformation of the structure using a hardening kinematic model of the kinematic type. 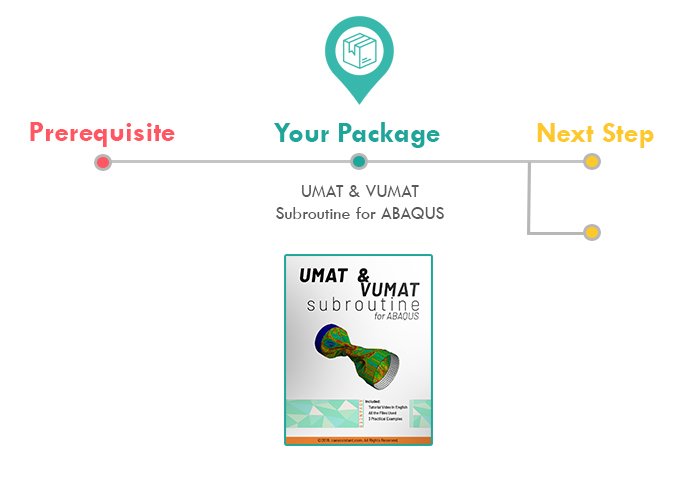 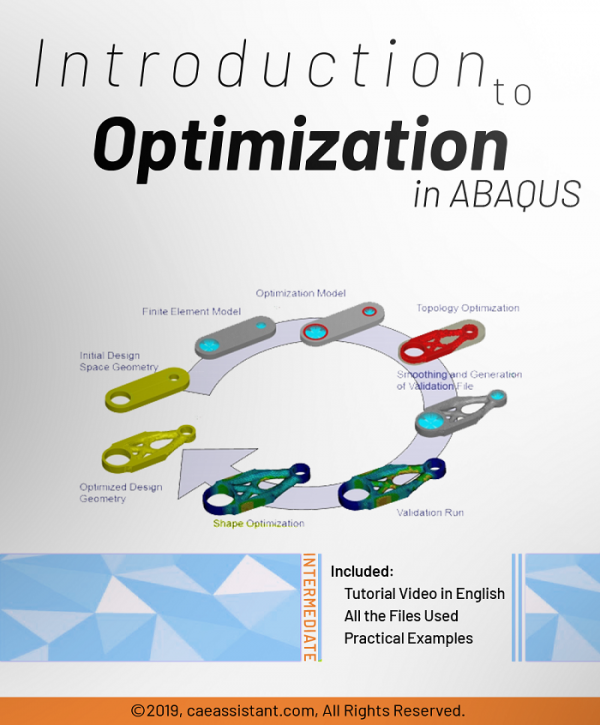 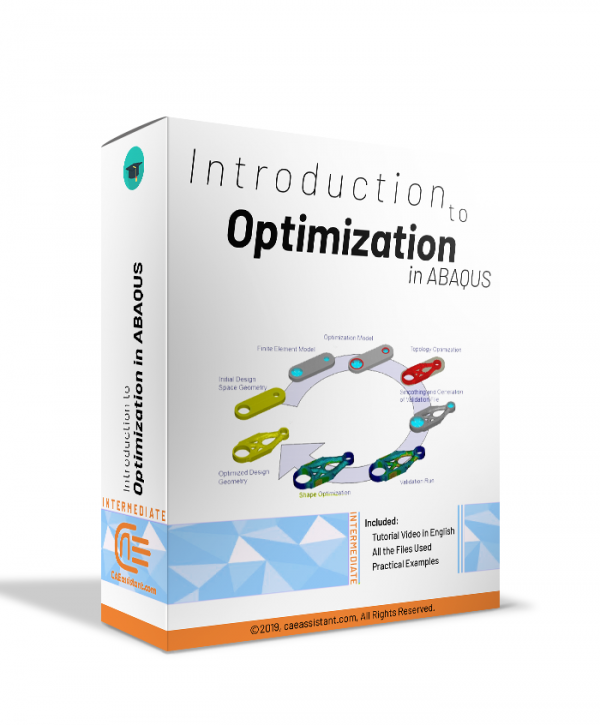 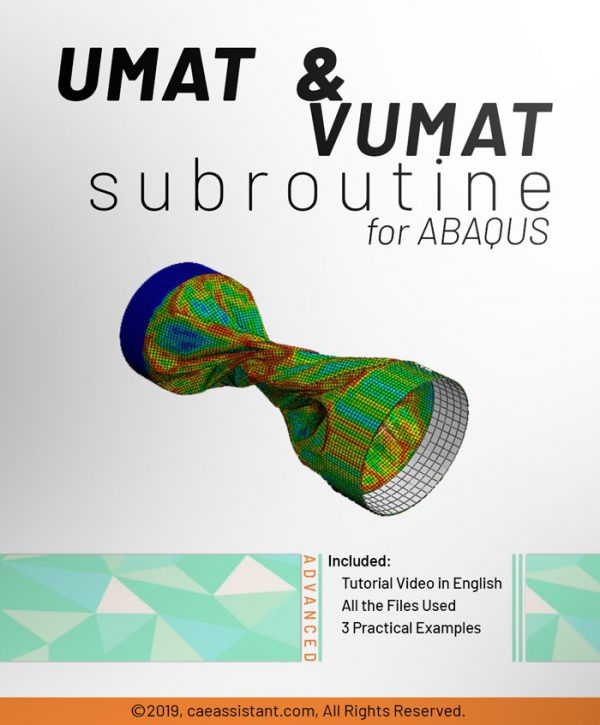 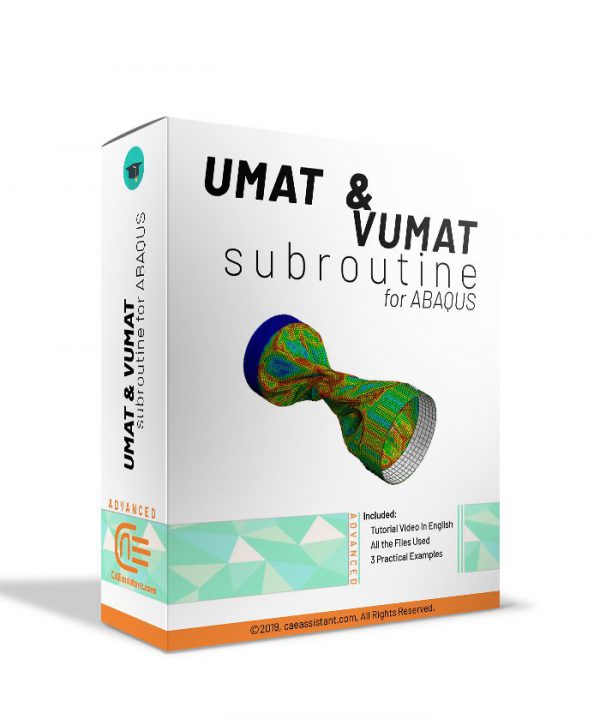 This package is usable when material model is not available in ABAQUS software. If you follow this tutorial package, included standard and explicit solver, you will have ability to write, debug and verify your subroutine based on customized material to use this in complex structures. These lectures are introduction to write advanced UMAT and VUMAT subroutines in hyper elastic Martials, Composites and Metal and so on. Watch Demo 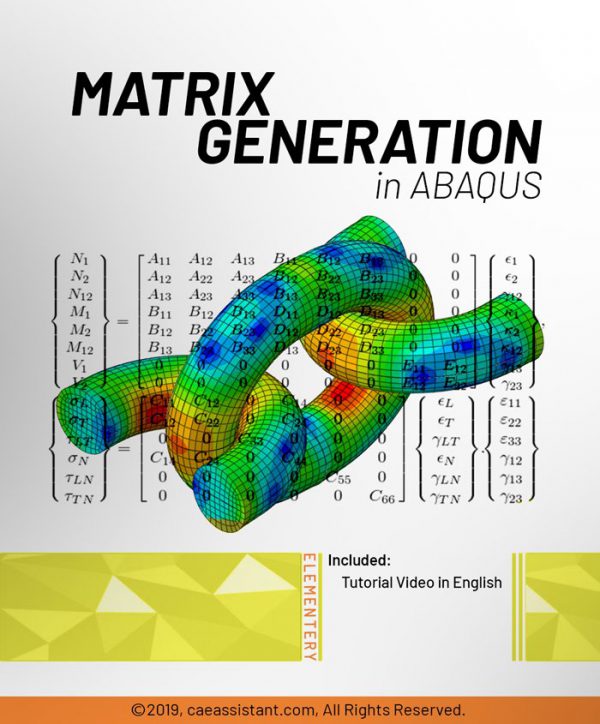 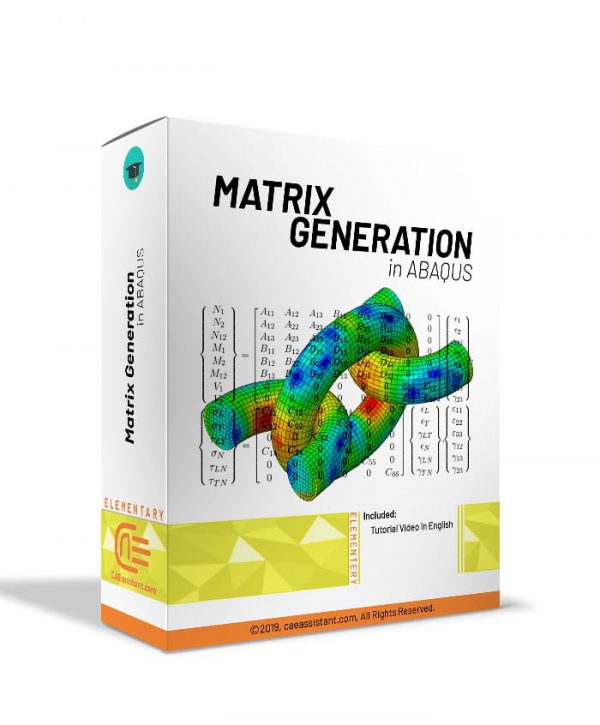 This package introduces the element matrix information or the whole model, required for further analysis. This package provides the necessary explanations for this in the form of video and input files. 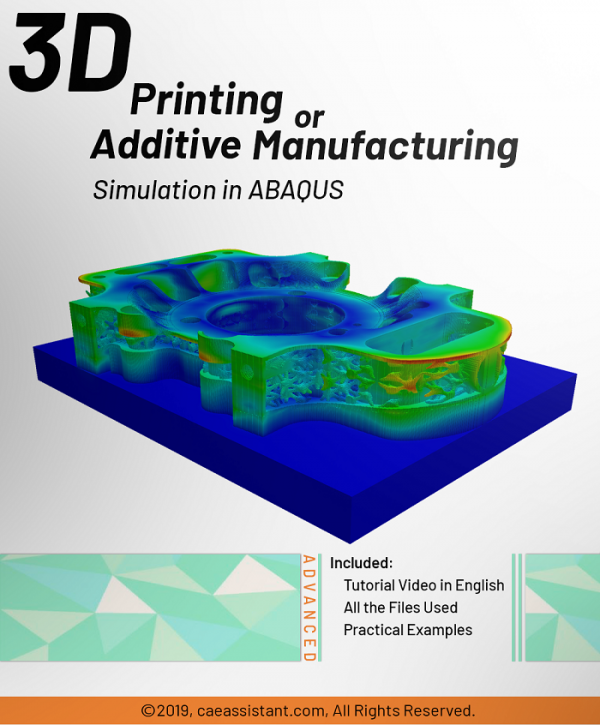 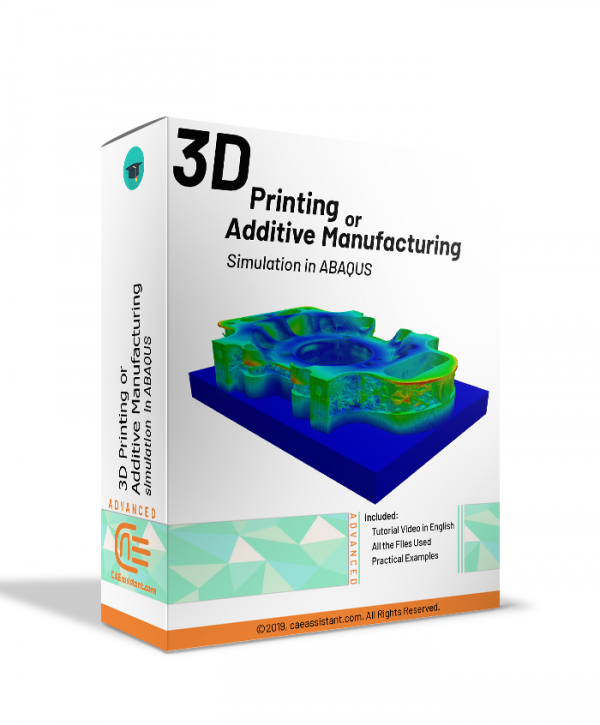 subscribe to our newsletter so we can send you offers, discounts, and articles.
Shopping cart
close

To receive free packages as well as the latest articles, enter your email right now